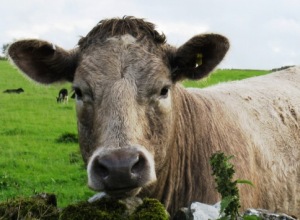 Rationing was introduced to Great Britain in February 1918 as a result of food shortages caused by the effective naval blockade by enemy activity.

Under the terms of the Defence of the Realm Act (DORA), enacted in 1914 and added to throughout the course of the war, food wastage was prohibited – it was even illegal to give bread to horses, horses or chickens – and people were encouraged to avoid hoarding and impose self control over their purchases. Later on, in possibly the most distressing ruling under DORA, opening hours in pubs were cut, beer was watered down and pub customers were not allowed to buy one another a round of drinks.

During the early years of the war, Britain still imported a great deal of its food and fuel supply from America and Canada.  However, the unrestricted enemy U-boat campaign against merchant shipping, which reached its height in 1917, meant that by April 1916, Britain only had six weeks of wheat remaining and coal stocks were in terrible decline.

An attempt to introduce a voluntary code of food rationing in 1916 proved unsuccessful.  At the same time, coal was placed on the ration for the first time, based on the number of rooms in each house.  With the rising costs of food and shortage of coal, those who lacked money went without meals and heat, whilst the moneyed classes could afford to absorb the high prices and buy supplies on the black market.

Increasingly, any area that could grow food was converted to do so – gardens were turned into allotments and poultry or pigs were kept in back gardens.  County Councils introduced Horticultural Committees to train local residents and encourage beekeeping (as a replacement for imported sugar) and the use of gardens, allotments and smallholdings

An amendment to DORA empowered the government to take over agricultural land or issue directions on its use.  Consequently in 1917, the government took over 2.5 million acres of land for farming.  County Councils established Agricultural Executive Committees and directed district councils to supervise Food Production in their areas.

By the end of the war, Britain had an extra three million acres of farming land. As the majority of the young men who usually have worked the land had been called up, so the work was done by the Women’s Land Army (established in 1915 and demobilised in 1919), conscientious objectors and Prisoners of War.

Despite the importance of the work done by the Women’s Land Army, the government still felt that it was appropriate to warn them about the standards expected of them:

“You are doing a man’s work and so you are dressed rather like a man; but remember that because you wear a smock and trousers you should take care to behave like an English girl who expects chivalry and respect from everyone she meets”

The Martley Agricultural Sub Executive Committee was established in June 1917 by the County Council War Emergency Executive to be responsible for overseeing all elements of agricultural food production within the boundaries of the Martley Rural District Council area.

There are also mentions of PoW camps at Holt, Hillhampton, Martley, Shelsley and Leigh.

In 1917, at the height of foot shortages in the country, the committee considered topics including the difficulty of transporting goods to Worcester because of petrol shortage; break-up of Stanley Baldwin’s farm; the logistics of finding accommodation for labour and horses transferred to area to help with farm work (settled on Pensax, Lulsley Court, Shelsley Rectory); and the experience of ploughing grassland with steam tackle.

Extracts from the minutes:

‘Mr J Moore would be able to release his horses for work on the land if a supply of petrol could be obtained for the transit of farm produce.  Mr Dorrell said this had been considered by the Executive Committee and as in their opinion it was a matter of Food Distribution, an application should be made to the Food Controller in London’

20 Oct 1917 : Mr Moore spoke of planting of fields with strawberry plants. Mr Dorrell said this had been brought before the Executive Committee and they had directed that a letter be sent asking that such planting be stopped till instructions were issued later’

29 Dec 1917 : Prisoners of War & Tools: The chairman stated that the Executive Committee has decided to make a charge of 1/2d per man per day to farmers who had Prisoners of War at Work, the proceeds to be put to the tools a/c and asked that the Secretaries of the District Committees should obtain necessary particulars.

He stated that applications had been made to the three Camp Commandants in this District with the following results:

It was mentioned that the fresh regulations allowed a smaller number of prisoners to be employed and this would be useful to small farmers.

Mr Dorrell and Mr Best agreed to confer re the establishment of a camp at Holt.

23 Feb 1918 : [Second survey of agricultural land in district completed].  The Chairman said that the total scheduled amounted to about 945 acres without Hop Land which was about 600 acres

19 Oct 1918 : Work Programme for 1919.  This matter was discussed for a considerable time and the following resolution was unanimously agreed: ‘That in views of the inevitable difficulty regarding Labour upon the withdrawal of the PoWs and Interned Aliens, this Sub Committee  is of the opinion that further breaking up of grassland would be injudicious…

7 Dec 1918 : Release of Pivotal Men: Request for early demobilisation from the Armed Forces for 20 men in district including E Moore and E Norwood of Abberley.

A file of typescript reports submitted to the HORTICULTURAL SUB-COMMITTEE OF WORCS COUNTY COUNCIL AGRICULTURAL COMMITTEE**, give an idea of the range of small-scale food production activity being carried out around the county.

The Sub Committee was established on 6 Jun 1918.  Viscount Deerhurst of Croome Court, son of the 9th Earl of Coventry, was appointed Chair, and the Hon Mary Pakington, eldest daughter of Herbert Pakington, 3rd Baron of Hampton Lovett & Westwood, was Honorary Secretary.  Miss Olive Day was appointed as secretary to the committee at a salary of £100 per year.

The committee investigated and reported matters such as on bee keeping and a bee census, allotments, Royal Horticultural Society, craftwork, training in horticulture for disabled soldiers, production of a lecture series, the provision of smallholdings for discharged men and the class of men to be settled on smallholdings.

There is brief mention of a Martley District Council Women’s War Agricultural Committee, but so far, I have not been able to trace it.

In Sep 1918, the Sub Committee issued instructions to the district councils to  form Horticultural Sub Committees to help tackle a need to increase Food Production following shortages caused by the wartime blockades.  Martley RDC had still not formed a committee by 12 Oct 1918.